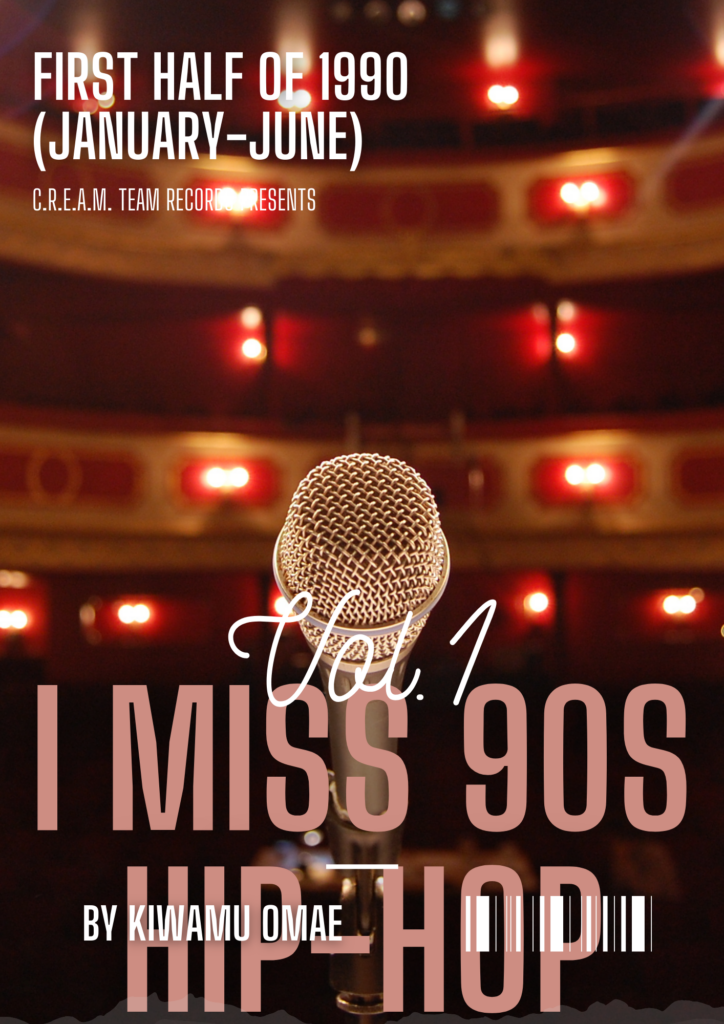 I Miss 90s Hip-Hop" is a series of articles on 90s hip-hop. In the previous issue, we briefly traced the US hip-hop scene up to the end of the 1980s as the introduction (Vol. 0), and from this issue, the series will be divided into the first half of the year (January to June) and the second half (July to December). 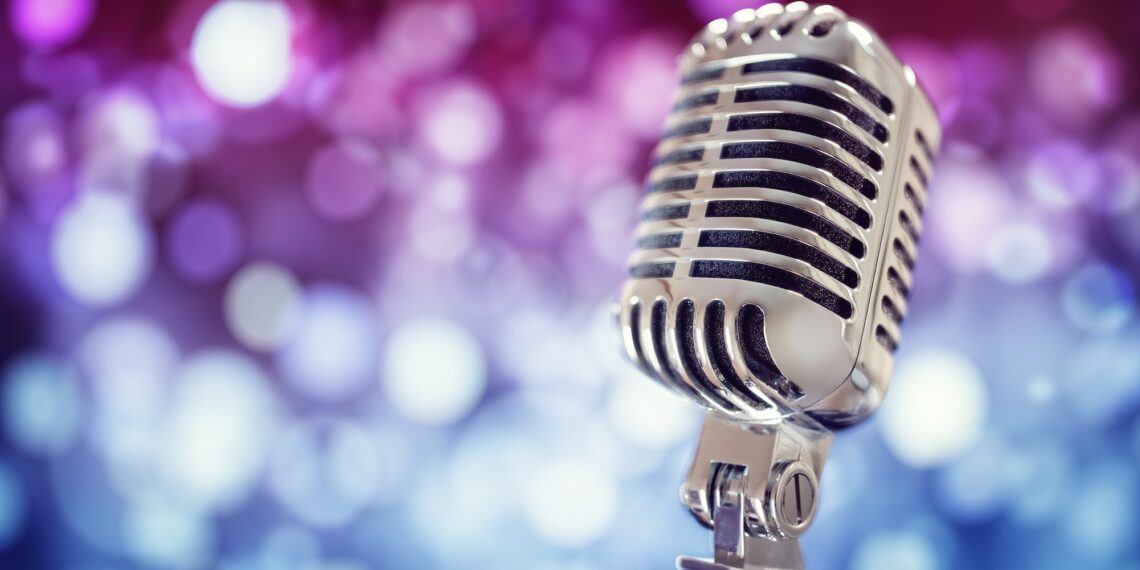 The most important album released in the first half of 1990 (January to June) was undoubtedly A Tribe Called Quest's (ATCQ) debut album, "People's Instinctive Travels And The Paths Of Rhythm" (released April 10). ATCQ had been a hot property even before their debut as a member of the Native Tongues crew, with Q-Tip appearing on albums by the Jungle Brothers and De La Soul. After the release of their debut single "Description Of A Fool" in 1989, their album "People's Instinctive Travels and the Paths of Rhythm" was finally released, and the impact it had on the hip-hop scene is immeasurable. The singles "I Left My Wallet In El Segundo," "Bonita Applebum," and "Can I Kick It? Tip's distinctive voice, and his rapping with Phife, all of which were outstanding, were so vigorous and innovative that even the Jungle Brothers and De La Soul, who were also Native Tongues, were quickly put into the past. Incidentally, Towa Tei, who was active as Dee-Lite at the time, participated in the production of "People's Instinctive Travels And The Paths Of Rhythm," and the recording was done at his private studio. Although he is not credited on the album, his voice (in Japanese) can be heard in some of the songs.

A Tribe Called Quest "I Left My Wallet In El Segundo

A Tribe Called Quest "Can I Kick It?"

The first diamond album in the history of hip-hop 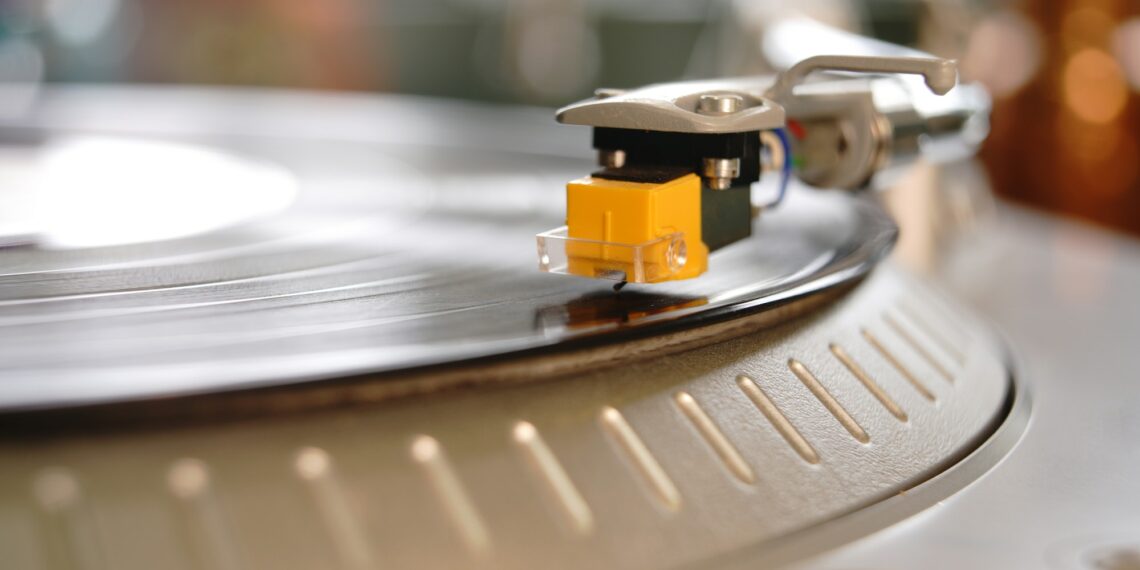 Completely different from ATCQ, but also making a huge impact on the hip-hop scene in a different way, Oakland rapper MC Hammer's third album (his second major label album), Please Hammer, Don't Hurt 'Em" (released on February 10). Thanks to the massive success of "U Can't Touch This," which became famous in Japan during the dance boom, the album sold over 10 million copies in the U.S. the year after its release, making it the first hip-hop artist to be certified as a Diamond album. However, his style, which was too pop for the time, not only musically but also visually, was criticized by many of his peers, including those from his second album, " Let's Get It Started," which was released one year earlier, and was followed by albums by L. L. Cool J, 3rd Bass, and Cool J, 3rd Bass, ATCQ, Ice Cube, and many others dissed him in their songs. There may have been a little bit of envy because his work was selling so well, but it was also an episode that could only have happened at a time when the definition of hip-hop was much stricter than it is today.

MC Hammer "U Can't Touch This"

While new artists such as ATCQ continue to emerge, artists who represented the hip-hop scene in the late 1980s are also releasing ambitious new works. Public Enemy's third album "Fear Of A Black Planet" (released on April 10) follows "Yo! Bum Rush The Show" and "It Take A Nation Of Millions To Hold Us Back," both of which have gone down in hip-hop history. ), their radical style has become more robust, although the departure of one of the key members, Professor Griff, may have had a small impact on the group's direction. The production team The Bomb Squad's layered sampling approach to track production has become more complex, and the thrilling combination of Chuck D and Flavor Flav has kept the momentum going. They leave us with classics like "Welcome To The Terrordome," "Brothers Gonna Work It Out," and "911 Is A Joke," which explodes with Flavor Flav's charm. 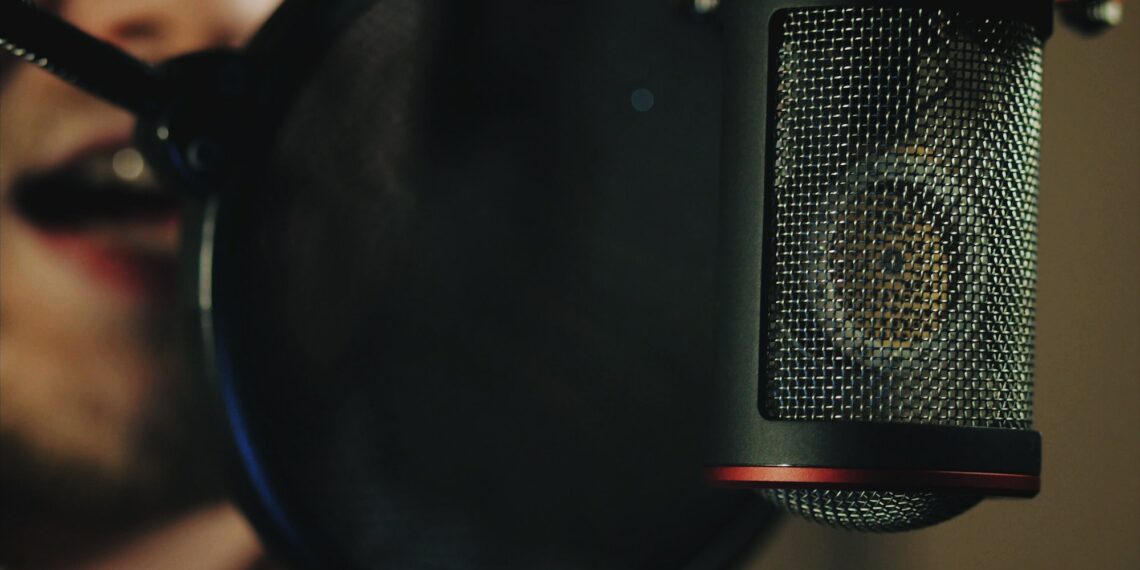 Meanwhile, major developments were also taking place among the West Coast's leading artists during this period. In late 1989, Ice Cube, the brains of the group, left N.W.A. and made his solo debut with the album "AmeriKKKa's Most Wanted" (released on May 16). The Bomb Squad, the production team of Public Enemy, was the main producer of this album, and the sound of The Bomb Squad combined with Ice Cube's social and political message made for a very strong album. The Bomb Squad's sound and Ice Cube's social and political message make for a very strong album, and the album as a whole is highly acclaimed.

It was not until later in the year that the N.W.A. side began attacking Ice Cube, who had begun his solo career, that Above The Law, produced by Dr. Dre, debuted with the album "Livin' Like Hustlers" (released February 22), or or MC Eiht's group Compton's Most Wanted released their debut album, It's a Compton Thang (May 29), the momentum of the gangsta rap movement continued into 1990. However, the gang problem is becoming more serious in the U.S., and it is against this backdrop that the single "We're All In The Same Gang" (released May 29) under the name West Coast All Stars is released. The song is a rallying cry for East Coast hip-hop artists, led by KRS-One and others, in response to "Self Destruction," released in 1989 under the name Stop The Violence Movement, an I remember being very surprised at the time of its release that N.W.A. and others, who can be said to represent gangsta rap, were at the center of this anti-gang movement.

Above The Law "Murder Rap

Compton's Most Wanted "This Is Compton"

West Coast All Stars "We're All In The Same Gang 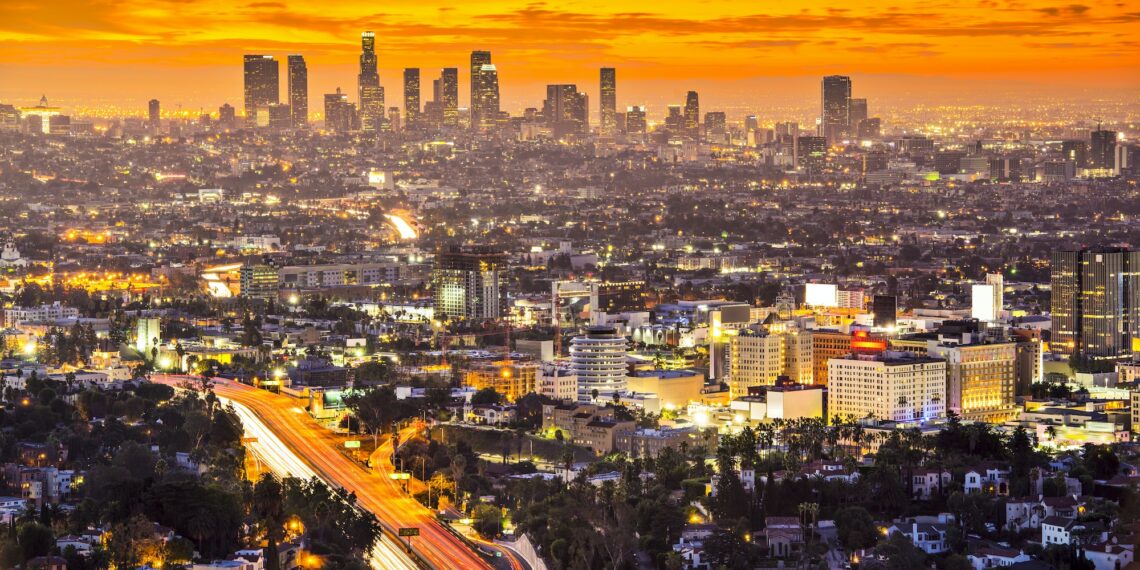 In the vein of our discussion of the West Coast hip-hop scene, we would like to mention some newcomers from the West that were released around this time. We'll start with the debut album "Sex Packets" (March 20) by the Oakland group Digital Underground, who were also featured on "We're All In The Same Gang". With a unique mix of hip-hop and p-funk, the group was signed to the prestigious Tommy Boy label, and "The Humpty Dance," which was also the album's first single, was a big hit. The song, in which the group's leader, Shock G's alternate ego Humpty Hump, plays the lead role, is not just treated as an oddity, but is still regarded as a hip-hop classic, probably because of their high musical quality. Incidentally, the video for "The Humpty Dance" also features a young 2Pac (Tupac Shakur), who was a member of the group at the time.

Amidst the growing racial diversity of the hip-hop scene, Boo-Yaa T.R.I.B.E. is a group that emerged from LA's Samoan community. Composed of brothers, the group has deep ties to Japan, and prior to their debut, they had been performing as artists in Japan. Their debut album "New Funky Nation" (released on April 10) strongly reflects their unique funk taste as dancers, and their single "Psycho Funk" has a charm that has not faded away.

Low Profile, a duo consisting of rapper WC and DJ Aladdin, who were also part of Ice-T's Rhyme Syndicate crew, has only one album, "We're In This Together" (released January 25). Although they have only one album, "We're In This Together" (released on January 25), the group is beloved by hip-hop fans. As represented by the single "Pay Ya Dues," the group's appeal lies in its West Coast sound, which has ties to G-funk, but also has a taste that is somewhat reminiscent of East Coast hip-hop. Incidentally, WC later formed his own group, WC And The Maad Circle, and also worked with Ice Cube and Mack10 as Westside Connection.

The connection between ideology, religion and hip-hop 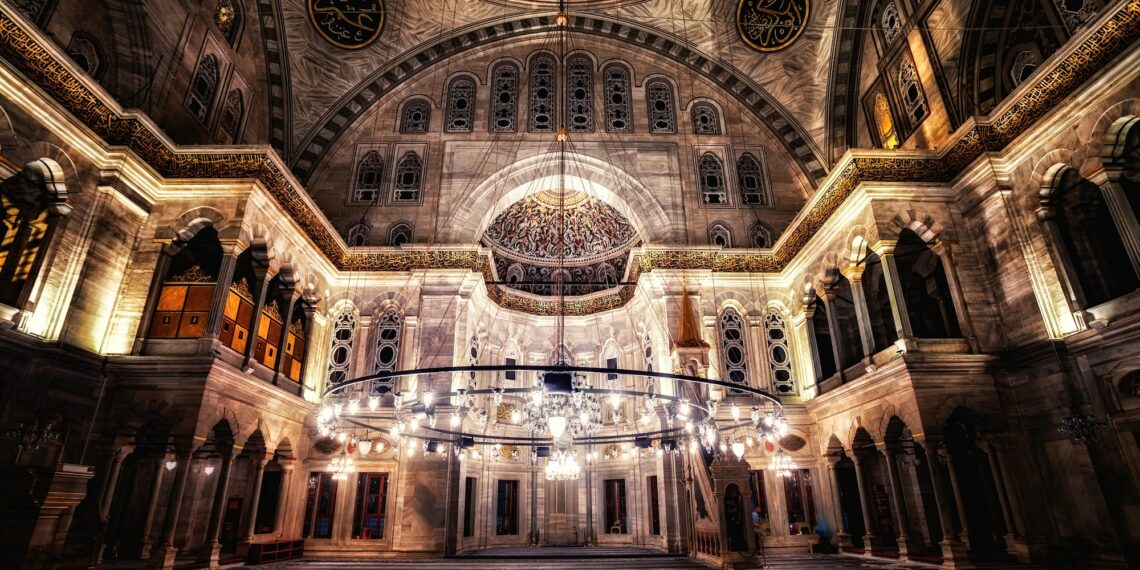 From Long Island, K-Solo debuts from EPMD's crew Hit Squad with the album "Tell The World My Name" (May 22). The smash hit "Spellbound," produced by Eric Sermon, is very much in EPMD's colors in terms of sound, but the lyrical interest in which the play on words unfolds is also worth noting.

Also from Brooklyn comes X Clan, a group that is all about Afrocentrism (note: the idea that African-Americans seek their identity in their African origins), with the album "To The East, Blackwards" (April 24). Also from New Jersey, Poor Righteous Teachers, inspired by the Five Percent Nation, an Islamic-inspired group, released their debut album, "Holy Intellect" (May 29). The release of "Holy Intellect" (May 29), inspired by the Islamic group Five Percent Nation, marks the beginning of a new trend in conscious rap as ideological and religious elements become strongly associated with hip-hop. Although many people may be oversensitive to ideology and religion in this day and age, X Clan and Poor Righteous Teachers also attracted many fans with their genuinely cool hip-hop style.

He started his career as a music writer in 1996, writing mainly for hip-hop magazines such as "blast" and others. In 2015, he returned to Japan and continues to write for various magazines and web media, focusing on hip-hop.