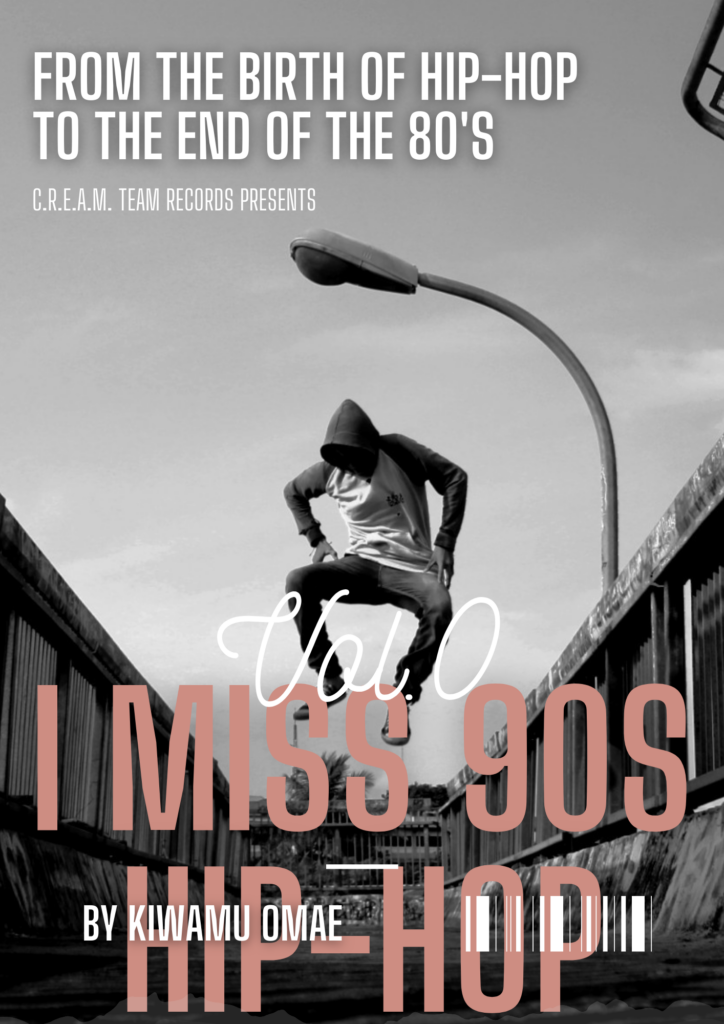 I Miss 90s Hip-Hop" is a new series of articles starting this month on the website of C.r.e.a.m. Team Records, a label specializing in hip-hop from the 90s. This month's installment, Vol. 0, traces the flow of the hip-hop scene from the birth of hip-hop to the end of the 1980s.

IN THE YEAR 2022, HIP-HOP CULTURE CONTINUES TO HAVE A PROFOUND IMPACT NOT ONLY ON MUSIC, BUT ALSO ON FASHION, ART, AND MANY OTHER FIELDS AROUND THE WORLD. IN JAPAN, FREESTYLE RAP HAS BECOME POPULAR AMONG THE GENERAL PUBLIC, AND BREAKDANCING (BREAKDANCING) IS ATTRACTING ATTENTION AS AN OFFICIAL EVENT AT THE 2024 PARIS OLYMPICS. 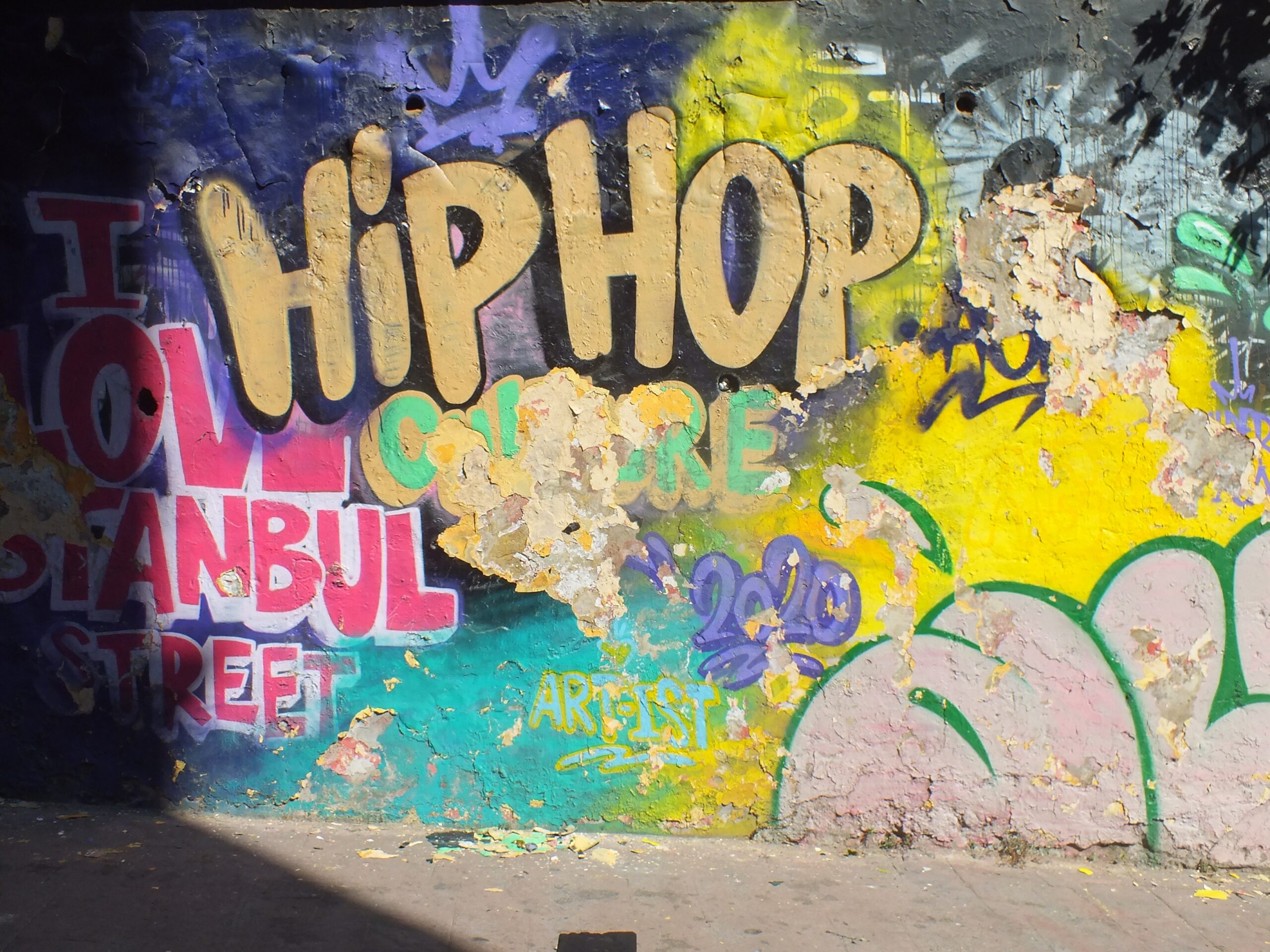 THE ORIGIN OF THE PARTY IS SAID TO BE A PARTY TITLED "BACK TO SCHOOL JAM.

THE DJS WHO EARNED THE MOST RESPECT WERE. 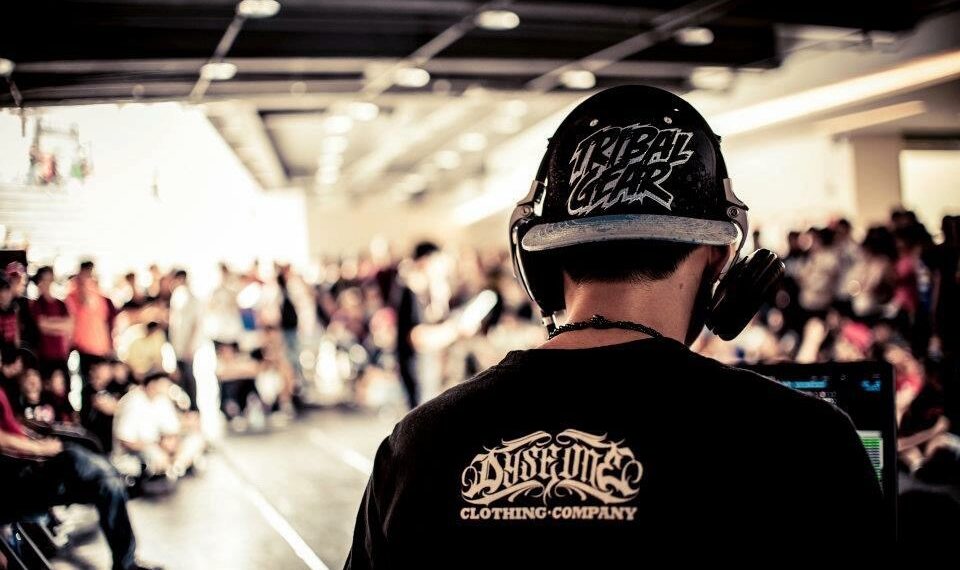 Through block parties that brought together DJs, MCs (rappers), and b-boys (young people who danced breakin' and were both customers and mainstays of the party), hip-hop spread throughout New York City, especially in the Bronx. In addition to Kool Herc, three great DJs, Afrika Bambaataa, who led the Zulu Nation crew, and Grandmaster Flash, who was a master of DJ technique, laid the foundation of the scene.

As is often said, it was the DJs who gained the most respect in the hip-hop scene during this era, and rappers were only a complement to them. Coke La Rock, a member of Kool Herc's crew, the Herculoids, is considered the first rapper in the history of hip-hop. He would grab the microphone and incite the audience to the songs played by Kool Herc, and phrases such as "You Rock and You Don't Stop," which he coined, were later quoted by various rappers in their songs.

You Rock and You Don't Stop

Set in the early days of hip-hop, "The Get Down," an original drama released on Netflix in 2016, begins in the South Bronx in 1977 and is a musical drama about teenagers at the time. The Get Down" is a musical drama about teenagers in their teens at the time, but it also beautifully depicts the background of the birth of hip-hop in New York City and the excitement and dynamism that came with the initial impulse.

Another film, "Wild Style," produced in 1982 (and screened in 1983), is also very important in understanding the early days of the hip-hop scene in New York City. It is a semi-documentary film that balances each of the four major elements of hip-hop: MCs, DJs, graffiti, and breakin', and features real artists who were at the forefront of the scene at the time.

The recordization of rap music has brought In the 70s and early 80s, the block parties depicted in "The Get Down" and "Wild Style" were at the center of the hip-hop scene, but that changed in 1979 when Sugar Hill Records, an independent label born in New Jersey, released the single The situation changed drastically with the release of the Sugarhill Gang's "Rapper's Delight," a single by Sugar Hill Records, an independent label founded in New Jersey, in 1979. Considered to be the first rap record, the song was actually a fake for the scene, as it was a hastily prepared rap song by three amateurs who rapped over a lyric written by a real rapper named Grandmaster Caz.

In the first place, at a block party, rappers would simply add their own words to the DJ's recordings in what is now called a freestyle style, and there was no idea of recording the music on vinyl. Sylvia Robinson, the organizer of Sugar Hill and a singer known for her hit "Pillow Talk," came up with the idea of recording rap music as an outsider, but it was only as an outsider that she was able to come up with the idea. The following year, "Rapper's Delight" reached #36 on Billboard's overall singles chart and was a hit in Canada and other European countries. As a result, "Rapper's Delight" was the first time that rap music, which had previously been confined to New York City, spread across the United States and around the world.

The success of "Rapper's Delight" proved that rap records could be a business, and a number of new labels such as Sugar Hill and Enjoy, as well as smaller independent labels, began releasing records by a variety of artists. The "Rapper" hit proved that rapping records could be a business. Kurtis Blow became the first rapper to be signed to a major label, and his single "The Breaks," released in 1980, became the first single in hip-hop history to earn a gold disc, making him a household name throughout the United States.

Incidentally, rap singles of this period were made in the style of "Rapper's Delight" based on Chic's "Good Times," in which disco hit songs of the time were used as tracks, or raps were added to tracks that were rearranged and performed with live sound. The style is now also called "disco rap". In other words, it was merely a pseudo-soundtrack version of what was done at block parties, but as the existence of rap music spread throughout the world, copyright issues arose, and original tracks using drum machines and synthesizers were introduced instead of live performances, and hip-hop became a major force in the music industry. Hip-hop evolved at a tremendous pace in terms of sound.

ORIGIN OF THE TERM "HIPHOP 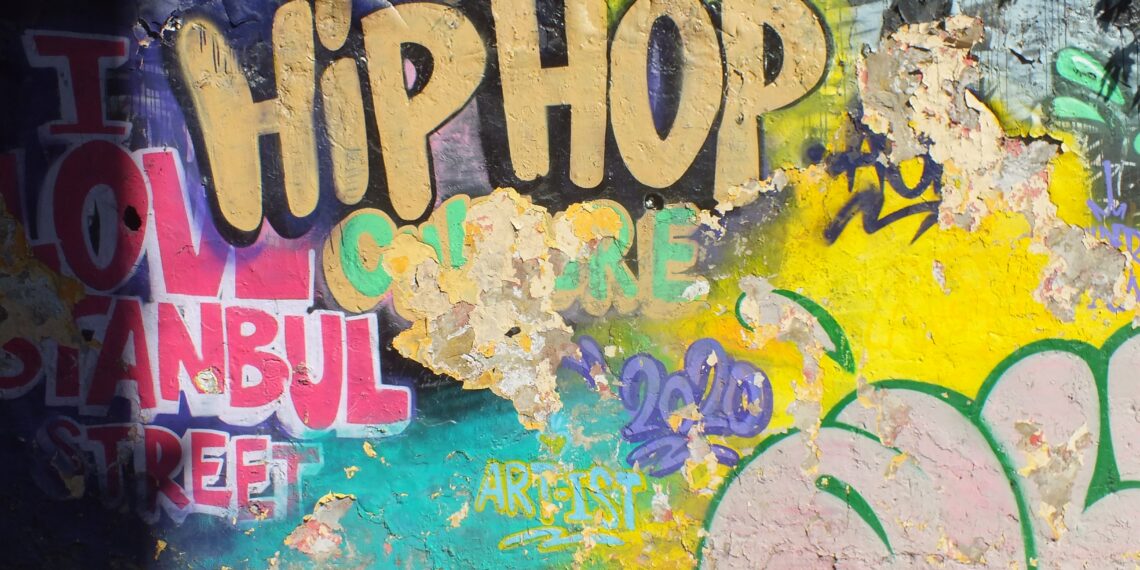 As a side note, it was during this period that the term "Hip-Hop," which is now commonly used, came to be used to describe this culture. Hip-Hop" had already appeared in the lyrics of "Rapper's Delight," but it is said to have been coined by a rapper named Lovebug Starski. It is said to have been created by a rapper named Lovebug Starski. The term, which had no meaning, came to be used as a general term for the culture after an interview with Afrika Bambaataa titled "Afrika Bambaataa's Hip Hop" appeared in the September 1982 issue of the Village Voice. The term "Hip Hop" has come to be used as a generic term for the culture. Incidentally, it was not Afrika Bambaataa but the journalist who wrote the article that used "Hip Hop" as a term for the culture, but having an official name for the culture definitely had a positive effect on the way the culture was transmitted to the outside world. The official name will surely have a positive effect on the culture's outward transmission. 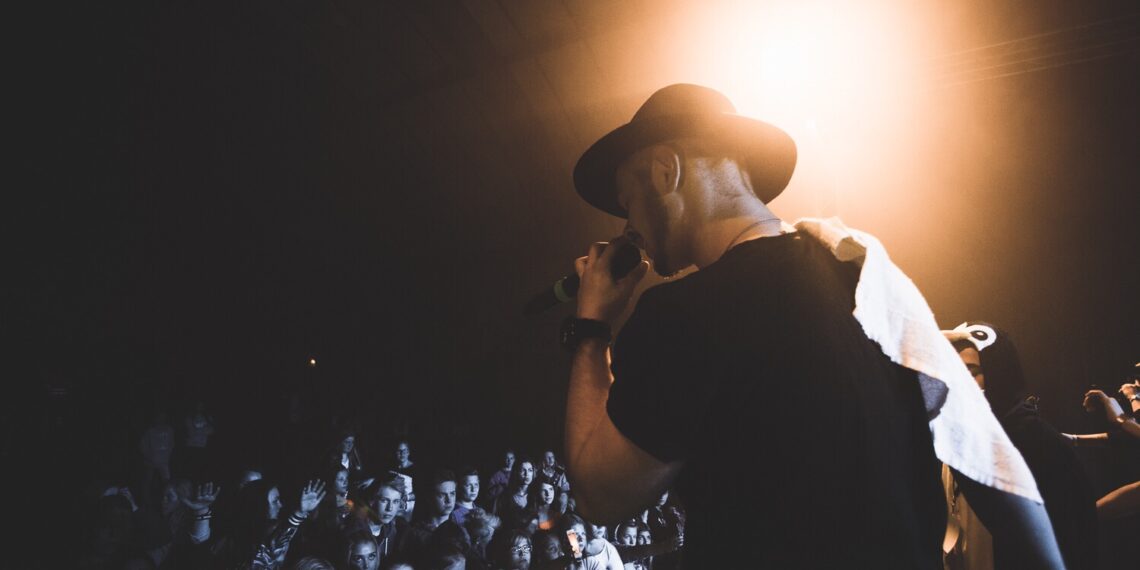 In 1983, Run-D.M.C., one of the greatest hip-hop groups of all time, emerged. The bold incorporation of electric guitars into the sound also made it possible to reach a segment of the population that had never given hip-hop a second thought before. The destructive power of "Walk This Way," a cover of Aerosmith's song of the same name, was particularly strong. Walk This Way" was produced by Run's brothers Russell Simmons and Rick Rubin, who also founded the Def Jam Recordings label, which is an essential part of the 1980s hip-hop scene. L.L. Cool J., while pushing a macho, strong style, was also extremely popular with female fans due to his idol-like popularity. The Beastie Boys, a three-white punk band that had an oversized hit with "Fight for Your Right," and Public Enemy, a band that enthralled audiences with their lyrical social messages and military-like stage presence. Def Jam has done a great job of introducing three very different types of stars to the world since the mid-1980s, and has opened up endless possibilities for hip-hop expression.

From Drum Machine to Sampler 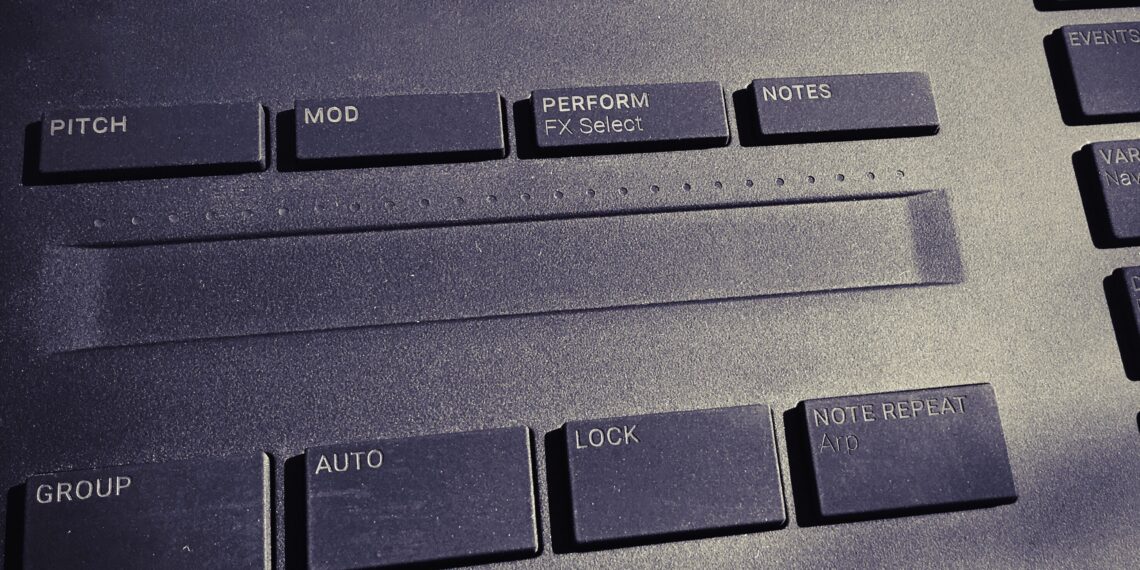 Another epoch-making event during this period was the shift in the mainstay of hip-hop tracks from drum machines to sampler-based sounds. This marked the beginning of an era in which producers took center stage in the hip-hop scene, as exemplified by Queens native Marley Marl. Sampling is now synonymous with the hip-hop sound, and Marley Marl's method of using a sampler to break down breakbeats and assemble beats would be passed down through the generations of hip-hop producers that followed. Marley Marl, who ran his own crew called the Juice Crew, produced such great talents as MC Shan, Roxanne Shante, Biz Markie, Big Daddy Kane, Kool G Rap & DJ Polo on his Cold Chillin' label. Juice Crew became a major force in the hip-hop scene from the mid-80's onward.

Artists representing the scene in the late 80's 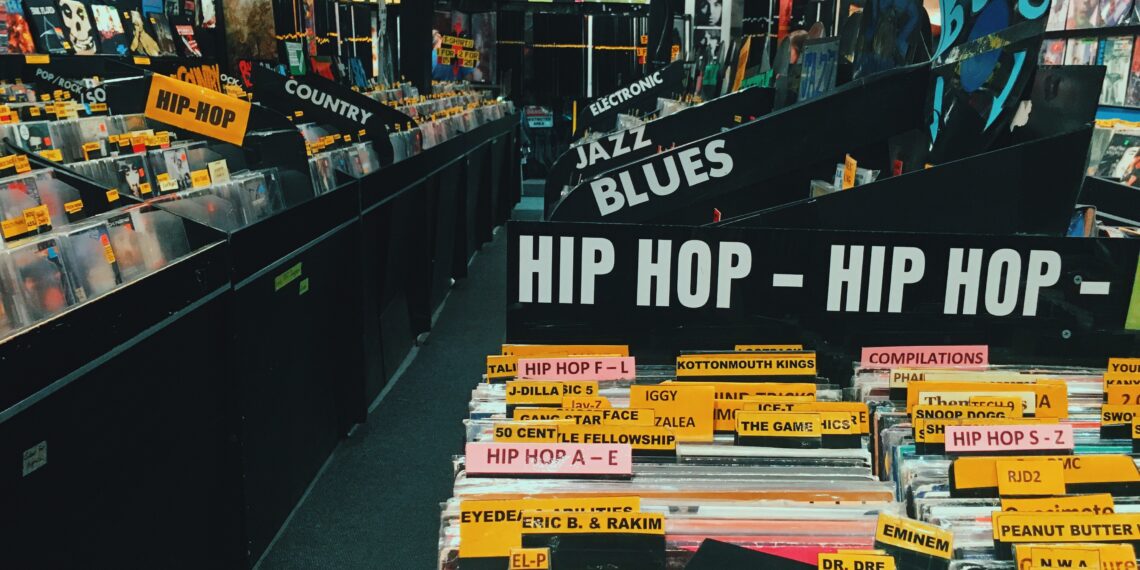 Hip-hop spreading throughout the U.S. 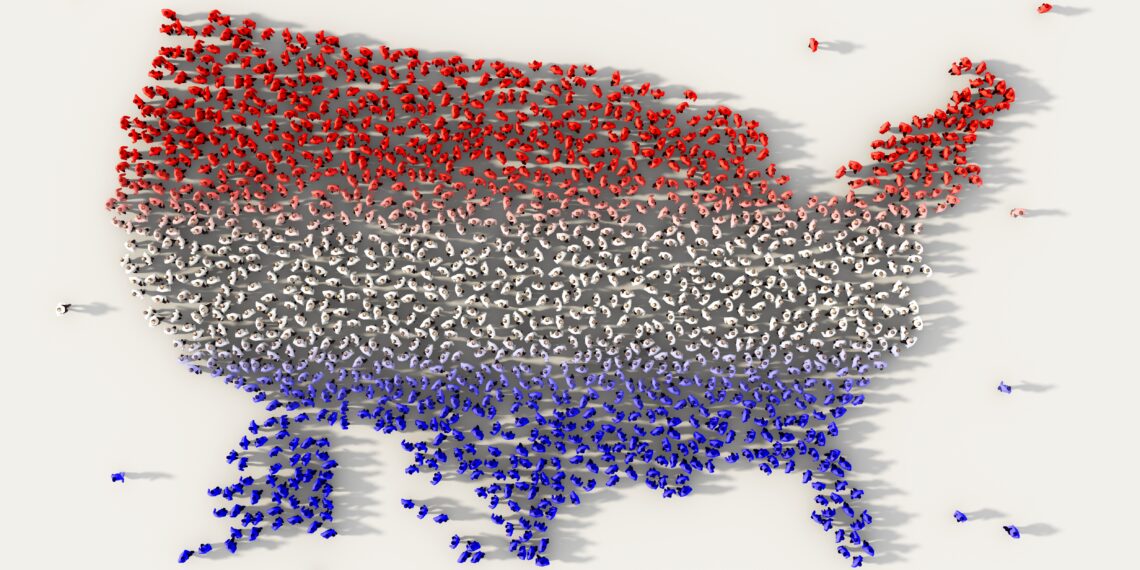 Hip-hop also spread from New York to other parts of the United States, with the gangsta rap movement centered on N.W.A. and Ice-T in Los Angeles, Too $hort and Digital Underground in the Bay Area creating their own unique styles, and 2 Live Crew in Miami creating a stir with their underbelly rap. In Miami, the 2 Live Crew caused a stir with their under-the-radar raps. In addition, like Def Jam and Cold Chillin', indie labels specializing in hip-hop emerged in various areas, and Tone Lōc's "Wild Thing", released in 1988 on Los Angeles-based Delicious Vinyl, was the first double-platinum album in hip-hop history. It was the first double-platinum (over 2 million copies sold) oversized hit in the history of hip-hop.

The emergence of a media specializing in hip-hop 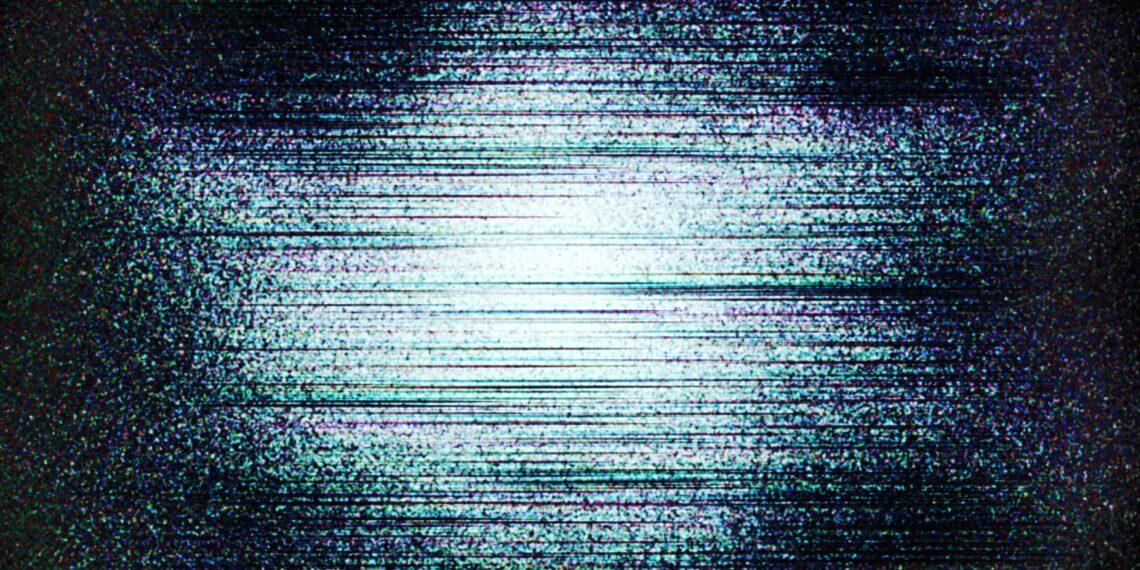 In August of 1988, MTV launched "Yo! MTV Raps," a program dedicated to hip-hop. MTV Raps, a program dedicated to hip-hop, was launched on MTV in August of that year. The program aired music videos by a variety of artists that conveyed the appeal of hip-hop visually as well as sonically, and this greatly helped to spread hip-hop to the general public. It was also around the same time that The Source, a hip-hop magazine, began as a newsprint publication, which would go on to become a hugely influential force in the hip-hop scene of the 1990s. https://www. pinterest.jp/ pin/100908847877662936/

The following year, the Grammy Awards established a new category for "Best Rap Performance," which was awarded to DJ Jazzy Jeff & The Fresh Prince (now Will Smith). Although the hip-hop fan base does not necessarily associate the award-winning artists with the hip-hop fan base, this can be seen as another example of hip-hop's penetration into the general public.

Hip Hop Goes to the Next Era 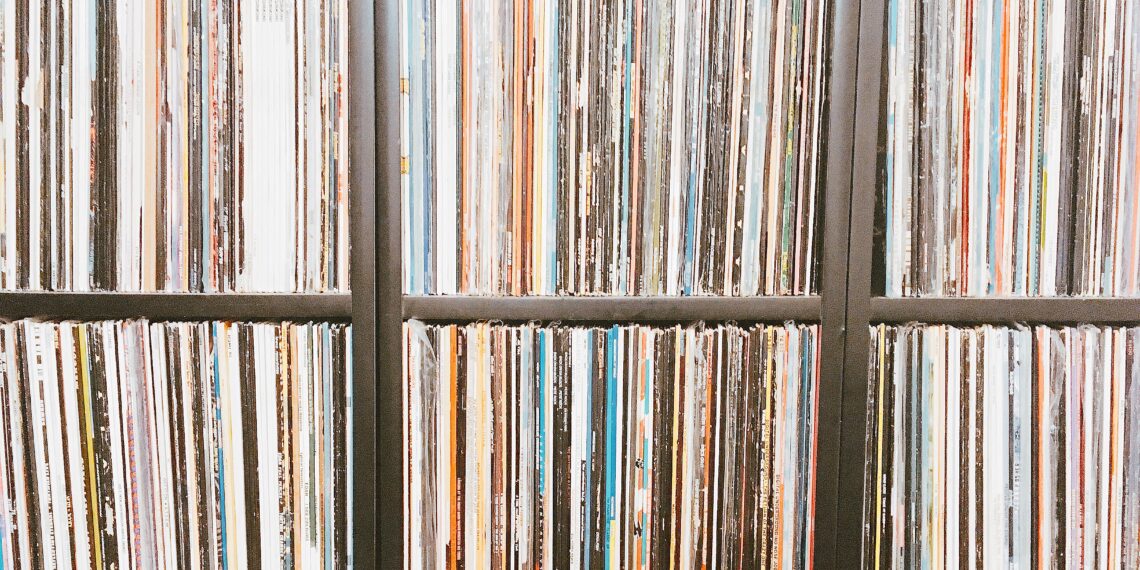 He started his career as a music writer in 1996, writing mainly for hip-hop magazines such as "blast" and others. In 2015, he returned to Japan and continues to write for various magazines and web media, focusing on hip-hop.